The Thurloe Thoroughbreds-owned American Artist bounced back to winning ways with victory in the mile handicap at Sandown.

Ridden by William Buick, American Artist raced towards the fore and always travelled strongly. He hit the front at the furlong marker and stuck on well to win by three-quarters of a length.

Later in the evening Rashash opened his account in the five furlong maiden at Leicester.  The son of Khllachy ran on strongly under Jack Mitchell to win by two and a half lenghts.

Roger said: "American Artist looked promising at two but it has taken a while to click this season. He  has ability and can hopefully build on this.

"Rashash has done nothing wrong and continues to improve with racing. He should be a fun horse for handicaps." 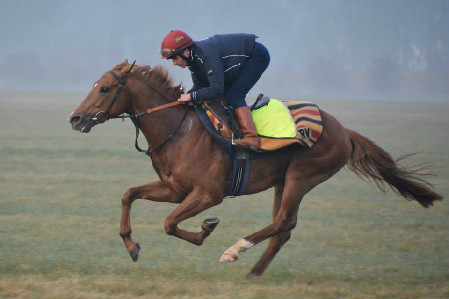 American Artist in action on the Watered Gallop under Andrea Atzeni