On just his second start of the season and his first outing at Doncaster, Apparate strode to victory in the Mallard Handicap under a perfectly timed ride from David Egan.

Apparate peaked at a similar time in 2019 when winning the Lavazza Handicap at Ascot under Rossa Ryan. His stamina may have been in doubt after he faded in the closing stages of a Class 3 handicap at Ascot two months ago, so David Egan bided his time on this four-year-old son of Dubawi, stalking his rivals up the long home straight at Doncaster before pouncing inside the final furlong to win quite convincingly in the end. 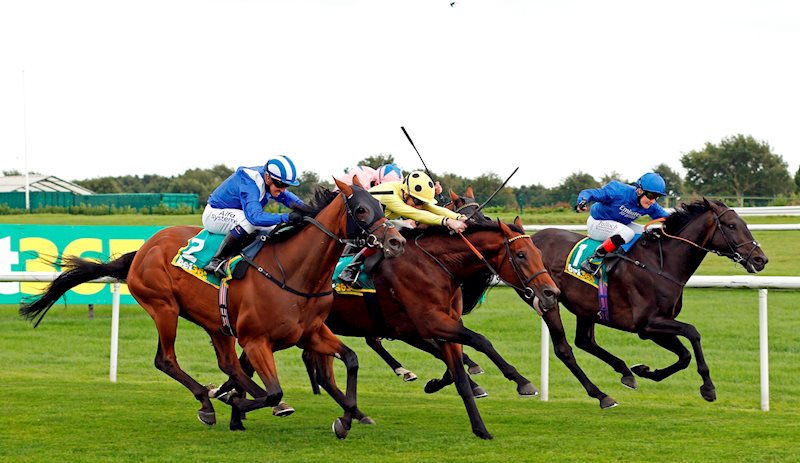 Apparate (centre) fends off the challenge of the favourite Alfaatik (blinkers) to win by ¾l.

Now the winner of three of his nine career starts Apparate has accumulated just shy of £100,000 in career earnings and hopefully there is still more to come from this relatively lightly raced progressive stayer.