Angel Power topped off a brilliant day for connections with an emphatic win in the Group 3 Pride Stakes at Newmarket.

This three-year-old daughter of Lope De Vega has been on a serious winning streak this season and has climbed the ranks with ease. This latest victory was her third in a row and first at Group level. She broke her maiden on her seasonal debut at Chelmsford before posting two decent placed efforts at Haydock and Goodwood. It was only when she stepped up to 10f that everything fell into place with a wide margin success at York's Ebor meeting.

Next on the agenda was a Listed contest at Longchamp where Olivier Peslier steered her to victory in the Prix de Liancourt. She was reunited with Silvestre De Sousa at Newmarket and, although she looked a bit uncomfortable on the rain softened ground in the early stages, she picked up very well inside the final quarter mile and streaked clear when she hit the rising ground.

Now the winner of four races from seven career starts this filly looks to have a bright future for her connections King Power Racing who enjoyed three Group winners on the day. 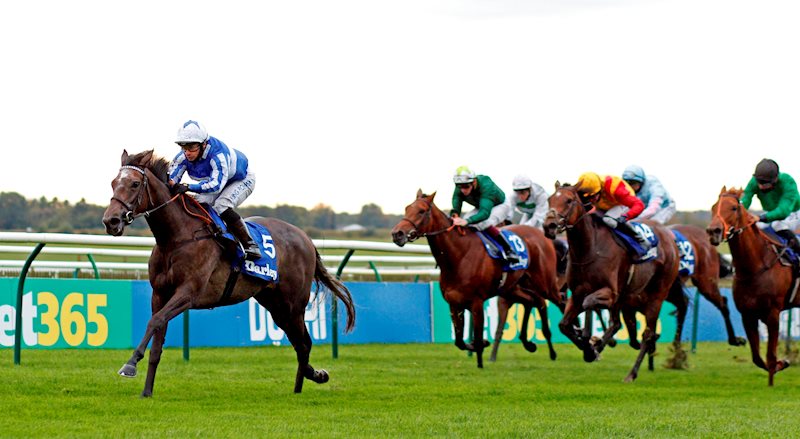