Ali Saeed's mare was forced to miss her intended trial for this race in the Caufield Cup due to a stone bruise but she has trained well since and Roger has been pleased with her condition.

She has some outstanding form lines this season, having won a Group 2 at York and also finished third behind Cirrus Des Aigles and Gentildonna in the Dubai Sheema Classic.

She also finished third behind Cirrus Des Aigles and Arc/Breeders' Cup runner-up Flintshire in the Coronation Cup and has an impressive record when returning from a break.

Roger said: "Ambivalent looks in great shape and we are looking forward to the race. The early part of the race is key to her as she needs to settle if she is going to see out the two miles. If she does, I am confident that she can be competitive.

"She is a genuine Group 1 performer in Europe and she is incredibly tough. There are 24 runners so there are going to be hard luck stories but hopefully we get a clear run and there are no excuses."

Andrea Atzeni takes the ride and the pair have been drawn in stall four. 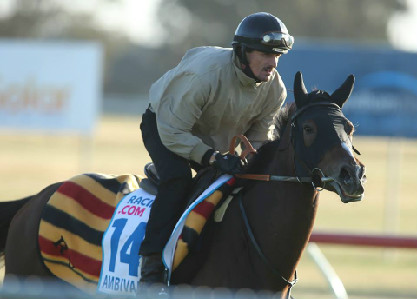