Ali Saeed's five-year-old came into the race on the back of a terrific third behind Gentidonna and Cirrus Des Aigles in the Group 1 Dubai Sheema Classic.

She was unpenalised for her Group 1 victory last June and her form at home suggested she was better than ever.

Andrea Atzeni adopted an early lead aboard Ambivalent and she settled into a nice rhythm. He gradually upped the tempo as they entered York's long straight but they were queuing up behind to take her on.

She was briefly headed by The Lark but soon battled back before powering on to win by nearly two lengths.

Roger said: "She's a real personality, but she has a very big heart.

"We learned in Dubai she took comfort in being with a pony and it just about contained her. Having been second in this last year, to come back and win is great.

"The loose plan is she'll go back in to Group One company. She competes so well abroad - winning in Ireland, second in Turkey and third in Dubai - so she's likely to go travelling in the autumn." 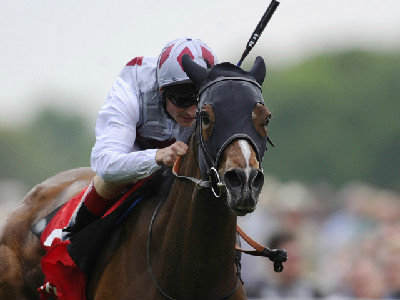