Owned by Mr Salem Rashid, Aljuljalah has proved a model of consistency throughout her career, twice being Listed placed and running an almighty race to finish second under ten stone in handicap company at Haydock in July.

Returned to the all-weather having finished runner-up behind Muffri’Ha in the Fleur Du Lys Stakes at Lingfield last October, Aljuljalah was dropped in from her wide draw in stall eight and the daughter of Exchange Rate settled beautifully off a sedate early tempo as a number of her rivals were lit up in the early stages.

Aljuljalah remained at the rear of the septet as the gallop quickened on the turn for home, but she made a sustained challenge inside the final quarter mile to collar the Ismail Mohammed-trained Bumptious and win by three-quarters of a length.

Roger said: “Aljuljalah needs fast ground or an artificial surface and she has been unlucky not to win more races throughout her career. She is a consistent performer who has twice been placed at stakes level and we would love to make her a Listed winner before she is retired to the breeding sheds.” 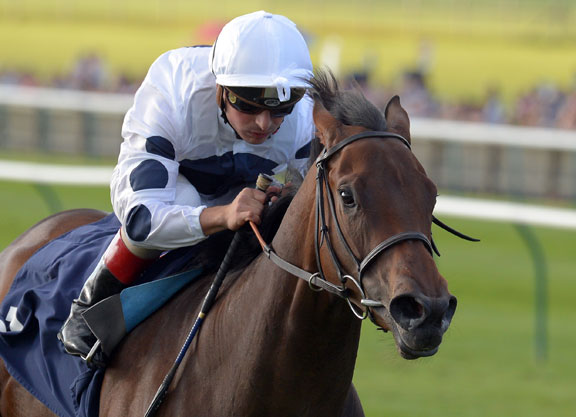 Aljuljalah and Andrea Atzeni after winning her maiden on the July Course as a juvenile.