Ajman Princess was supplemented for the Irish Oaks earlier this week and faces 16 rivals in her bid to become a classic winner.

The daughter of Teofilo has a length and a half to make up on her Ribblesdale Stakes conqueror Even Song but Roger feels that she has come forward again since that Royal Ascot effort.

He said: “I am very thankful Sheikh Mohammed Obaid has agreed to supplement Ajman Princess for the Irish Oaks at the weekend. I feel she is a filly who is progressing at a rate of knots and she will certainly not look out of place in Group One company based on her Royal Ascot form.

“I think the galloping nature of the Curragh will suit her and she is versatile in terms of ground. It looks like being just on the easy side at the weekend, which should not prove problematic.

“Obviously we have a length and a half to find with Even Song, and she sets a high form standard, but our filly is getting better all the time and I hope she can be very competitive. She has a good draw in five which should give us options.”

Lady Of Dubai has been declared for Sunday’s Kilboy Estate Stakes, a Group 2 over nine furlongs.

The four-year-old has not been in action since the Dante Meeting at York, but she has pleased Roger in her homework of late.

He said: “Lady Of Dubai appears to be in very good form. The nine-furlong trip is quite enticing for this filly she is a talented filly who ought to run well.”

Sheikh Mohammed Obaid’s retained rider Andrea Atzeni will be aboard Ajman Princess but he is suspended on Sunday therefore Harry Bentley will take the ride on Lady Of Dubai. 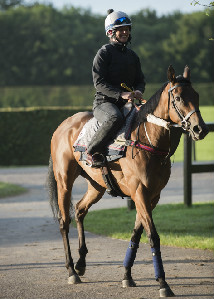