A thrilling day for the Varian runners as THIRD REALM secured a Stakes success in the Novibet Derby Trial at Lingfield. The day continued on as a family affair with half-brother to Third Realm CAPE BYRON, both out of the successful dam REEM THREE, scoring in the Pertemps Network Conditions Stakes at Haydock. RAADOBARG completed the hat-trick on the day for Varian Stable with a win in the Betting Sites Ltd Novice Stakes at Thirsk. 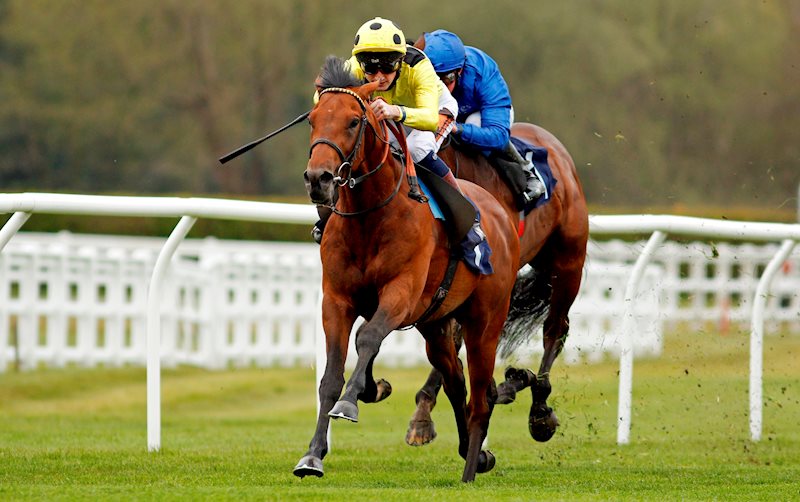 THIRD REALM (pictured) continued his winning form today at Lingfield, having won a Nottingham maiden on good to firm on his seasonal debut back in mid-April. The Sea the Stars colt handled the track well and was clearly fine under these softer conditions, progressing with a smart performance. Breaking keenly away from stall seven, jockey David Egan settled Third Realm at the back of the field, where he travelled easily behind the early pace setter Carlisle Bay under Frankie Dettori. As they turned for home Egan asked for more and Third Realm responded with a striking turn of foot, moving into the front wide and clear by 2 ½ L inside the final furlong. Facing pressure in the closing stages as William Buick, on board the favourite Adayar, tried to lessen the gap. But Third Realm proved no match and kept on to land the Derby Trial, with 1 ¼L in hand to the Charlie Appleby trained Adayar. The first two were well clear of the rest of the field by 5 1/2L to Scope in 3rd.

An impressive win for the Sea The Stars colt, in a time five seconds quicker than the Oaks Trial. Congratulations to winning connections and to David Egan for a top-class performance. This 3YO colt is one to watch this season with a Derby entry in hand. 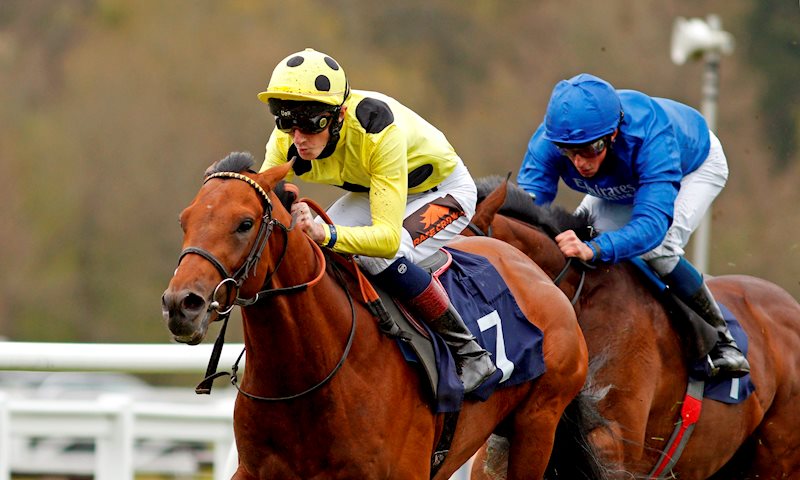 Half-brother to Third Realm CAPE BYRON, impressed at Haydock where there was quality over quantity in the race, with three of the four runners regulars in Group 1 company. The 7YO gelding bounced back in his seasonal debut where he looked firmly in command over a furlong out under Eoin Walsh. As the compacted field headed into the home straight Walsh, who had Cape Byron well positioned in second behind the leader Brando, made his move riding Cape Byron under hand and heels to move through and take the lead. Brando attempted to shake things up inside the final furlong, but Cape Byron had his measure and kept on taking the win comfortably by 2 ¼ lengths to Brando in second.

The son of Shamardal completed a double for owner Sheikh Mohammed Obaid, and we look forward to seeing where Cape Byron steps up in company to on his next appearance on the track. 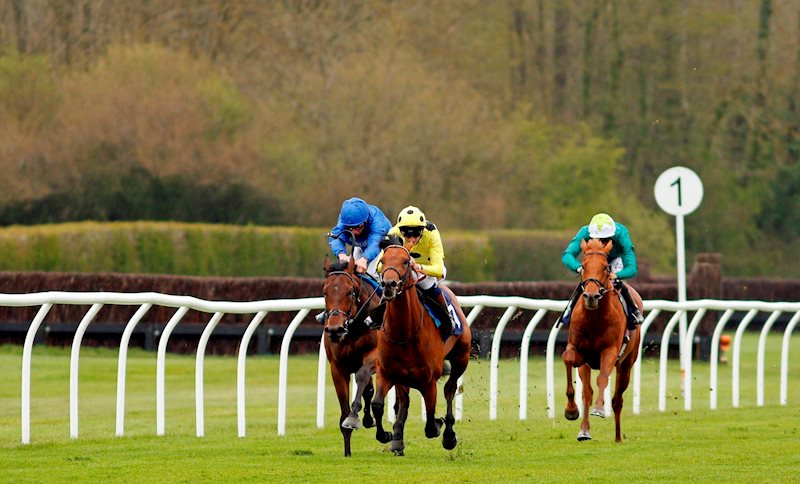 RAADOBARG completed the treble on the day for the team, with a smart performance at Thirsk in the Betting Sites Ltd Novice Stakes. A narrow winner over 7f on fast ground at Leicester on his previous start, Raadobarg continued his winning form and did so handsomely while partnered with Cameron Knoble. The Night Of Thunder colt did not have to run to the same level as before, proving that he can handle the ground as he travelled easily over the course and distance. Knoble tracked the leader until the 2-furlong marker where he moved strongly to the front, opening up easily to take up a 3L lead. Raadobarg was a clear-cut winner and cruised to the line 2 ¼ L ahead of Solar Joe in second.

Congratulations to AMO RACING and connections, and to Cameron Knoble, as the win notched up a double on the day at Thirsk. Raadobarg justified favouritism today with an easy win, pushing the others aside with a penalty. The son of Night Of Thunder remains an exciting 3YO prospect this season, with a step up in class ahead of him.

A successful Saturday for the team with a 50% strike rate, 3 winners from 6 runners. It certainly promises to be an exciting season if the winning form continues to this level. Well done to all our owners and all involved for getting these results across the card today.