Thursday 18th June 2020 has been a day to remember at Royal Ascot with Mountain Angel, Molatham and Khaloosy providing a treble on the day.

Royal Ascot 2019 was a memorable week for Varian Stable with Daahyeh, Cape Byron and Defoe all coming out on top and so far 2020 is reaching new heights of success for the stable on racing's biggest stage. Fujaira Prince got the ball rolling with an emphatic win in the Copper Horse Handicap on Wednesday and today we have blown all previous stable records out of the water with three fantastic winners!

It was no secret that Mountain Angel would appreciate the rain that fell at Ascot overnight and this morning, but the manner of his victory took a few by surprise. He travelled a bit too enthusiastically in the second half of the field under a patient James Doyle and when the field swung into the straight James was able to stick to the inside rail to stalk the leaders. The stable's other representative, Prince Eiji, ran a very creditable race to eventually finish fourth, having cruised into contention with a quarter of a mile to run. While Prince Eiji couldn't quite see out the 10f on rain softened ground, Mountain Angel relished conditions to run out a convincing winner for his owner Mr Ziad Galadari.

Mountain Angel came of age in 2019 with two consecutive wins in Class 2 Handicaps at Epsom and he showed he wasn't done improving with two narrow defeats in Group company in France later on in the season. Today's victory in the Listed Wolferton Stakes was his first at Stakes level and the way he brushed aside a classy field provides plenty of excitement for the future. 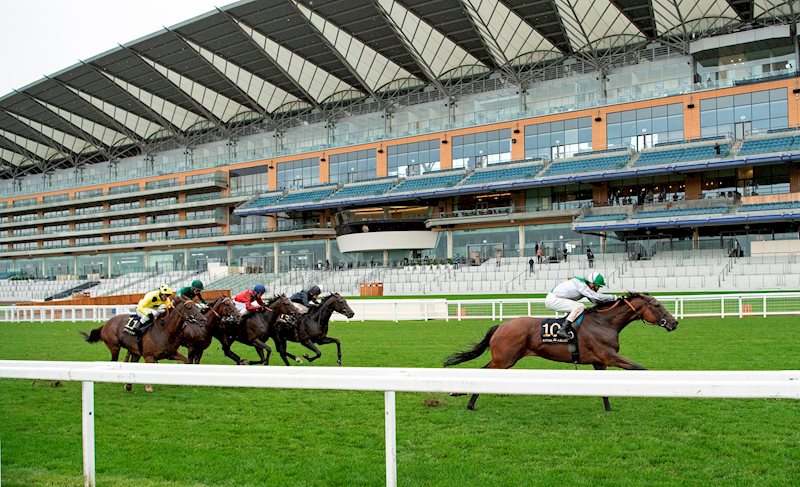 We only had to wait 35minutes for further Royal Ascot glory when Molatham strode to victory in the G3 Jersey Stakes. This race had been the target for some time for Molatham and he must have read the script because he wasn't going to be defeated, even having been headed by Monarch Of Egypt inside the final furlong.

As Jim Crowley eluded to after the race Molatham is a very laid back individual and only just does enough, which hopefully means there is still more to come from this strapping son of Night Of Thunder. There was a question around the ground for this colt having been a defeated favourite on soft ground at Newmarket last autumn in the G3 Autumn Stakes, but today's rain softened ground didn't look to inconvenience him in the slightest. 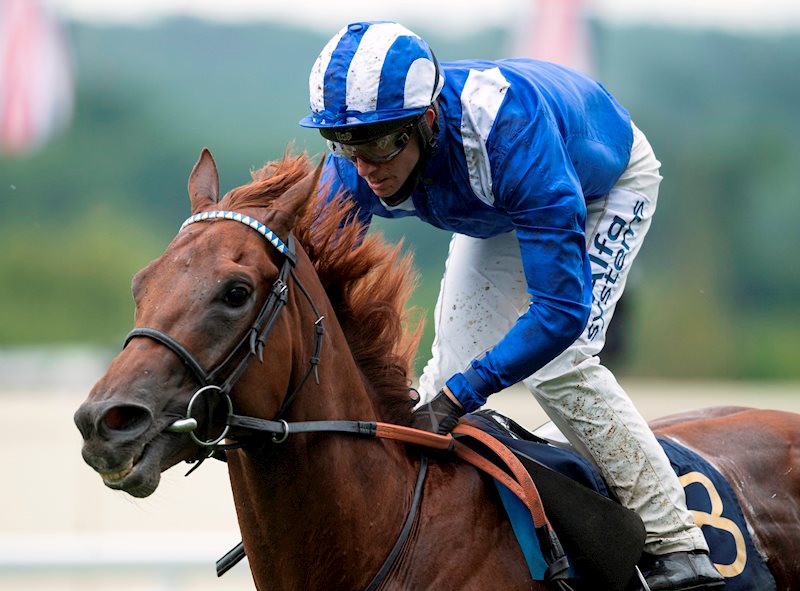 Two winners seemed too good to be true, but Khaloosy wanted to join the party and in winning the Britannia Stakes provided his owner Sheikh Hamdan with his sixth winner of the week.

Khaloosy was drawn near the centre in stall 19 and he travelled powerfully for Jim Crowley towards the rear of the field through the early stages. He made his challenge on the stands side and within a matter of strides had struck the front, and even though he veered right across the track he never lost his momentum, extending the winning margin over the well backed Finest Sound in second.

This was only Khaloosy's third career start and thanks to the altering of the rules regarding when horses are given handicap marks he was able to take his chance off a mark of 94 following two starts as a juvenile, one of which was an impressive victory at Wolverhampton over the extended mile. Hopefully there is more to come from this talented son of Dubawi. 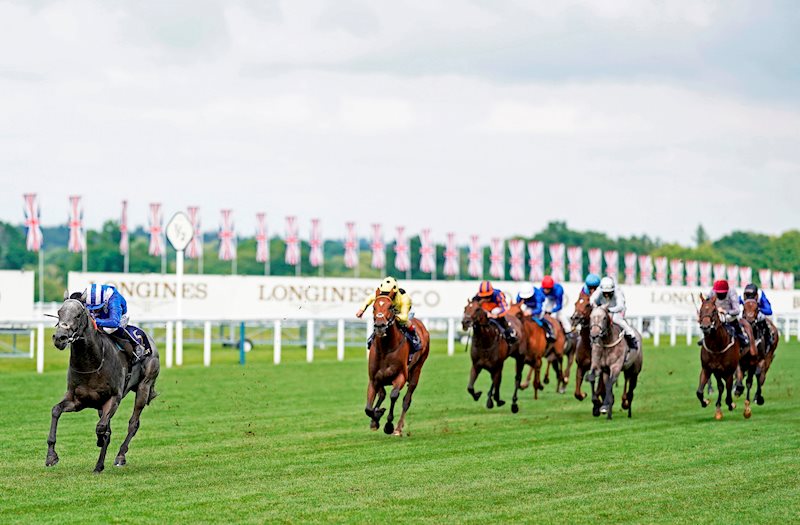