Victories for Farzeen and Edaraat provide jockey Jack Mitchell with a milestone success.

On a day that 3yo filly Farzeen posted her first victory, her stablemate Edaraat provided our hardworking stable jockey Jack Mitchell with the 400th win of his career. In his 15th year in the saddle Jack is well on course to beat his current highest tally of 66 winners which he achieved in a marvellous 2018 season. Edaraat's win at Redcar on Wednesday was Jack's 38th of the season and he has since added to that tally with another winner at Ffos Las on Thursday.

Farzeen was breaking her maiden on just her second start and victory never really looked in doubt as this daughter of Farhh, owned and bred by Meon Valley Stud, travelled strongly under Jack Mitchell and quickened away well to post a 3 1/4 length success in this 7f novice race. 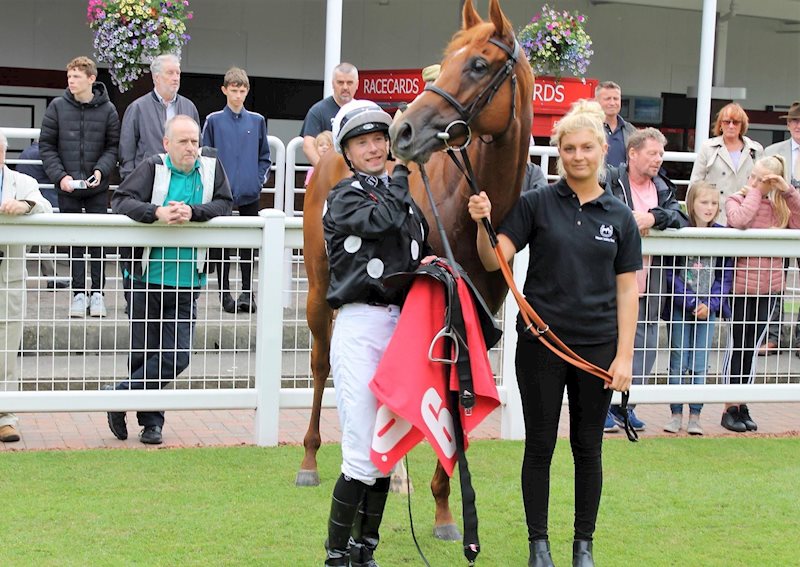 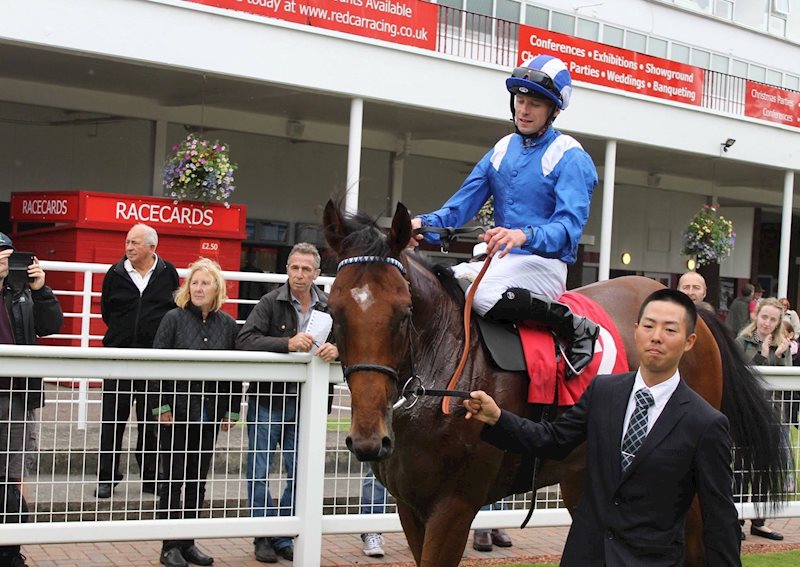 Later on in the afternoon Edaraat raced to his second victory in as many starts with a cosy 1/2 length victory in the 1m handicap. He had been raised 9lbs following a wide margin victory at Kempton last time, but he showed that he is still on the upgrade with a more professional display this time.