The brace of victories also capped a memorable winning streak for the owner as his last five runners have all landed the spoils, while the successes also brought the Varian Stable team within a whisker of crossing the £1,000,000 marker for 2017 as our fine run of form continued into the second-half of the season.

Fifth in the G3 Albany Stakes at Royal Ascot, a race that has subsequently produced two Group-race winners, Madeline provided a further boost to that form when landing the Listed Rose Bowl Stakes at Newbury under Silvestre De Sousa.

Held-up in touch as the early gallop proved a reasonable one in rain-softened conditions, Madeline made-up her ground nicely inside the final quarter mile, asserting her authority over the Richard Hannon-trained Natural to win going away by two and a quarter lengths.

The daughter of Kodiac, who hails from a stout De Rothschild family which includes G1 Pretty Polly Stakes winner Thistle Bird, is now set to return to Pattern company, with the G2 Lowther Stakes at York’s Ebor Meeting a likely port of call.

Roger said: “The Albany is a good race and it’s working out particularly well this year. This was a nice performance and I think we beat a filly with quite a lofty reputation. Madeline is a real two-year-old and now she is a stakes winner, we can seriously consider races like the Lowther Stakes and the Cheveley Park Stakes.”

A mere 380 miles northwards, Defoe maintained his perfect record as a three-year-old when completing the hat-trick in the Listed Glasgow Stakes at Hamilton.

The son of Dalakhani supplemented his impressive handicap successes at Newbury and York with a career-best performance on his return to stakes company, finding plenty for pressure under Harry Bentley to reel-in long-time leader Frankuus on the run to the line and win going away by a length and a half.

Defoe stopped the clock a fraction shy of two-lengths under the standard time, reflecting the searching early gallop and the seemingly high-quality nature of the form, with the three highest-rated horses in the line-up coming well clear in a race that has produced subsequent Group 1 winners Hunter’s Light, Ventura Storm and our very own Postponed in recent years.

Roger said: “Defoe is a lovely individual with plenty of talent and a great attitude. The strong gallop and extra furlong suited him here and he will probably be even more effective with some cut in the ground. He stays well and is improving with racing – the sky remains the limit.” 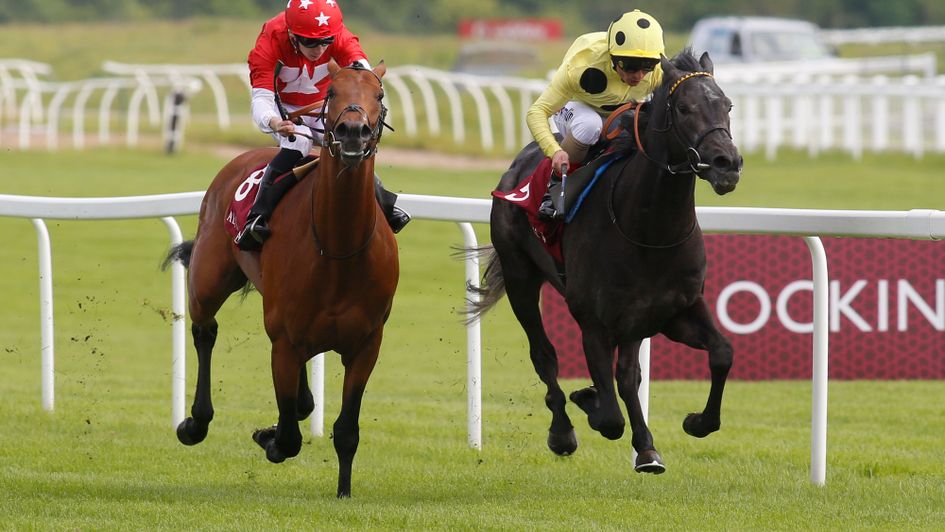 Defoe (right) winning the London Gold Cup at Newbury in May.