Tuesday provided another successful afternoon’s racing with two nice winners. PAPACITO was first on the score board winning on debut in style at Salisbury, followed up by King Power Racing’s SEPTEMBER POWER, who came back from a 269 day break to land the Racing TV Profits Returned To Racing Fillies' Handicap at Wetherby.

An impressive start to PAPACITO’s career on the track with a win on his first time out, overcoming greenness whilst partnered with a highly experienced Andrea Atzeni on board. Despite a dwelt start Papacito took a keen hold, positioned to the rear of the field with Kensington Grey the early leader in the initial stages. Papacito found to be slightly short of room at times and so Atzeni made a decisive move to switch sharply left, breaking clear of the traffic and giving the son of Estidhkaar the opportunity to open up. Ridden under hand and heels in the closing stages Papacito moved through to take up the lead at the same time as West Side Glory, who had also found ground along the running rail. Papacito prevailed finding full stride from West Side Glory ½ L behind in second.

Congratulation to winning connections and to Andrea Atzeni for giving the hot favourite Papacito a strong introduction to his career. The Estidhkaar colt is related to some decent winners up to 7F and no doubt there is more to come from him this season.

SEPTEMBER POWER followed suit later that evening returning back to form since her last run at Leicester in September, scoring in an impressive fashion at Wetherby. The decision to move up in trip proved a good one, as the Mastercraftsman filly travelled well over the 1m6f course and distance under Silvestre de Sousa. Settling well in midfield in the early stages, tracking the leaders behind the Michael Appleby trained Nikolayeva with Lady Shanawell setting the pace. De Sousa edged September Power left over 2F out and asked for more up the homestraight, she responded well opening up as the pace increased, making headway and taking the lead from the long-time front runner Lady Shanawell. September Power made up ground quickly but had to fight to maintain her lead, she was always doing enough and found the line in front of Pepper Street by a tight ½ L.

A fruitful day as September Power justifies favouritism and in doing so completes the double on the day for the team. Congratulations to King Power Racing and connections. The Mastercraftsman filly will have benefitted from the run, and shows promise and a good ability to handle the longer trip. 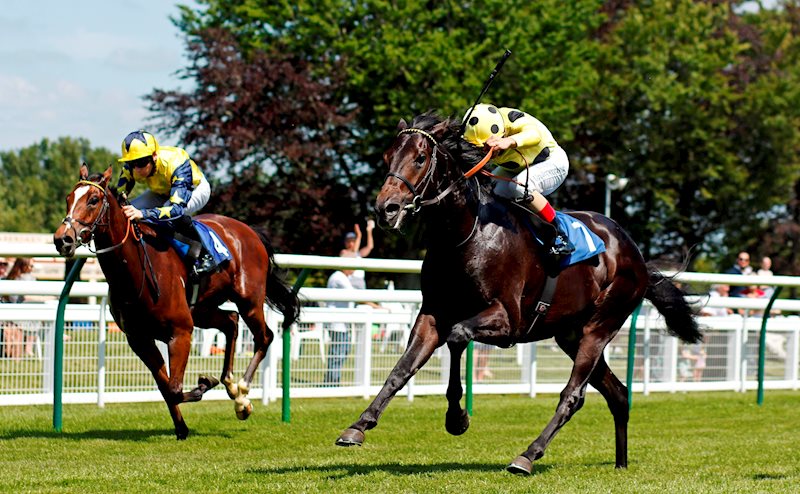