It was a day for the Varian Stable history books today as the yard pulled off a remarkable 34,838-1 seven-timer, with victories across three racecourses capped by leading juvenile prospect SAKHEER landing the G2 Mill Reef Stakes at Newbury races.

Sheikh Mohammed Obaid Al Maktoum’s EXOPLANET set the ball rolling with a fine performance in the opening race at Newbury which saw him shed his maiden tag at the first time of asking. In touch throughout, the SEA THE STARS colt proceeded to make smooth headway 2f out before striking the lead 1f out and keeping on well under David Egan. 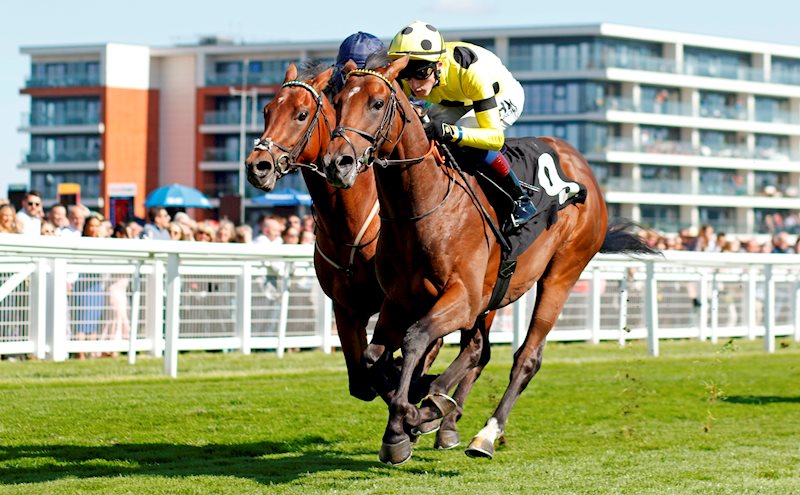 ROYAL CHAMPION proved to be just that in the Ayr Silver Cup Handicap, blowing the opposition away with a spectacular 5.5L victory in the 1m2f contest. It looked only to easy for the four-year-old son of SHAMARDAL, who kicked for home over 2f out, showing a remarkable turn of foot to scorch ahead under Jack Mitchell and run out an emphatic winner for owner/breeder Sheikh Mohammed Obaid Al Maktoum.

AL HUSN made it three on the bounce and a treble for Varian Stable in the Turners Fillies' Handicap at Newmarket racecourse. Last seen winning on the AW at Kempton back in April, the Dubawi filly needed no easing back into race form, travelling prominently throughout and asserting close to home to win in the colours of owner/breeders Shadwell Estate Company. Congratulations to Sheikha Hissa Hamdan Al Maktoum. 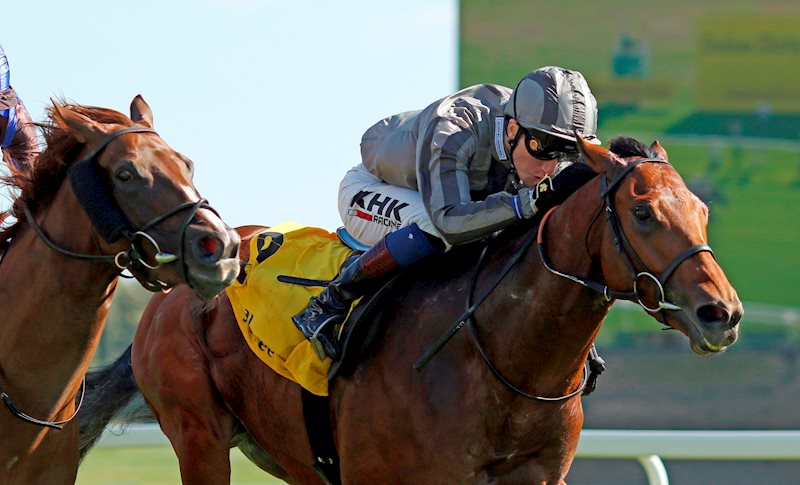 It was a thrilling finish in the 5f G3 Dubai International Airport World Trophy. After a furious early pace, MITBAAHY got up late to score under the red-hot David Egan. This was a first Group triumph for the son of PROFITABLE, having landed the Listed Scurry Stakes at Sandown earlier this season. Congratulations to connections.

From Newbury, back to Ayr as DUSKY LORD landed a fourth career victory, hosing under Jack Mitchell for a 3L victory in the 6f Silver Cup Handicap. The four-year-old son of TWILIGHT SON had been knocking on the door in recent handicaps, so it was great to see him win so emphatically today. Congratulations to connections The Dusky Lord Partnership. 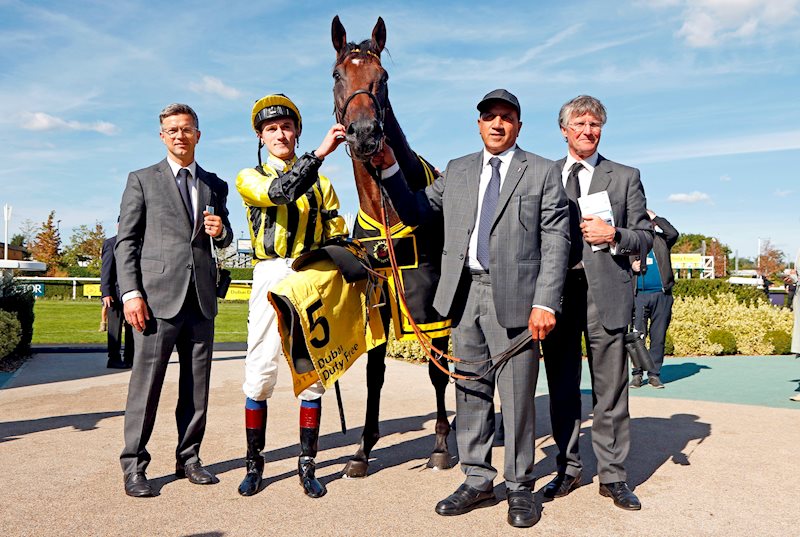 The day was crowned by a remarkable performance from SAKHEER in the G2 Mill Reef Stakes at Newbury. The twice-raced colt justified race favouritism by stamping his class over his rivals, quickening away in a style akin to his debut success at Haycock to prevail by 3.5L over Rousing Encore, with the stablemate Charyn taking third. Congratulations to owners KHK Racing. The victory also completed a four-timer for David Egan!

Sakheer is a decisive winner of the Group 2 @DDFRacing Dubai Duty Free Mill Reef Stakes, cruising clear to complete a four-timer on the card for jockey @DavidEgan99 on what is turning into a remarkable afternoon for trainer @varianstable 🏆 pic.twitter.com/t9huXswU6R

Roger said: “You have to be very excited about it, I was blown away by his performance today really. He has looked very good at home, he looked very good at Haydock,  I was nervous coming into today as a Group race is a very different task to dominating a novice field. I thought he’d have to do a bit of work, but he travelled well into it, he was very impressive and hit the line strong, it is hard to fault his performance today.”

Either the Middle Park or the Dewhurst @NewmarketRace likely to be next.

Now around the 10-1 mark for next year's Guineas ... pic.twitter.com/82SUxAsmjj

Last on today's roll of honour but by no means least is AIMERIC, who completed the magnificent Varian Stable seven-timer at combined odds of 34,838-1. The three-year-old landed a second career victory at Ayr under jockey Jack Mitchell, who celebrated a treble on the card for the yard. Set off as race favourite, the Sheikh Mohammed Obaid Al Maktoum-owned FRANKEL colt was content to follow the field for the majority of the 1m5f trip and it wasn't until the final furlongs that the seven-timer looked within reach. 2f from home AIMERIC began to unwind under Jack Mitchel, passing the field within the final furlong to clinch the lead and secure the win in a nail biting photo finish.

Congratulations to owner Sheikh Mohammed Obaid Al Maktoum and connections of all today's winners - a day to remember!