Following a disappointing last run in March on the All-Weather, Batraan turned it all around on the turf this afternoon in the MansionBet Watch and Bet Handicap at Nottingham.

It was a day of firsts as Batraan showcased his ability in victory, and in doing so secured both his first win on the turf this year and jockey Gavin Ashton’s first win for the Varian Stable. Gavin rode Batraan handily in the early stages, breaking well from stall five and gaining a good position among the leading contenders. Pressing up the centre at the two-furlong marker, where the quicker ground could likely have been, Batraan showed strength in his stride to take the advantage. Gavin rode hard one furlong out and despite being closed down by the more favoured Adrian Paul trained Shalaa Asker, Batraan prevailed to win by a head.

A wonderful result for all involved, in particular for Gavin Ashton who rides Batraan here at home. Congratulations to winning connections, HH Sheikh Ahmed Al Maktoum and the team. We look forward to seeing what more Batraan can show us on the turf this season. 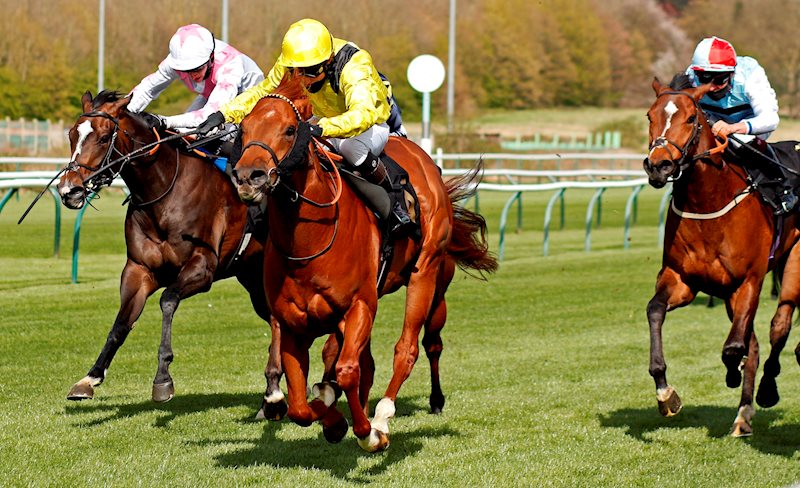