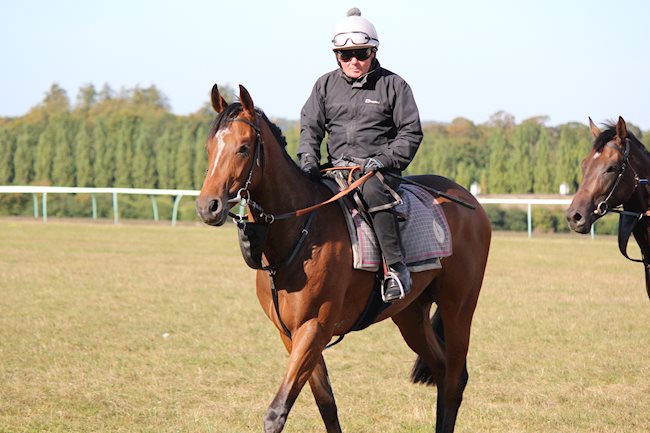 Swooping Eagle is by the first season sire Free Eagle (High Chaparral) who was a top class 1m2f performer. He won the G1 Prince of Wales Stakes at Royal Ascot and was placed in both the G1 British Champion Stakes and G1 Irish Champion Stakes.

He is the second produce of the Bahamian Bounty mare Weekend Lady who is a half-sister to Absolutely So, a seven time winner who scored in the G3 John of Gaunt Stakes over 7f and twice at Listed level. His third dam, Tarfshi, was trained by Roger’s mentor and predecessor Michael Jarvis to win the G2 Pretty Polly Stakes.