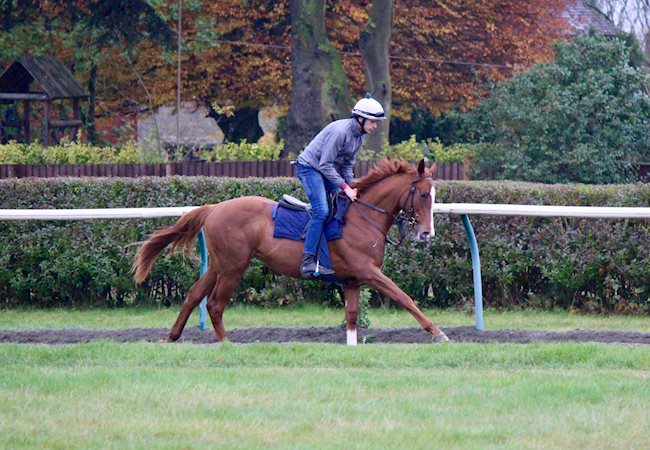 A half-brother to 1000 Guineas runner-up Starscope...

This colt, by Mayson, is from a very good family and we were delighted to secure him for £25,000 at the Goffs UK Premier Yearling Sale. His dam, Moon Goddess, is a half-sister to Medicean and she has produced five winners including Starscope who was second in the the G1 1000 Guineas and G1 Coronation Stakes and Solar Magic who won the Listed Rosemary Stakes over a mile.

Being from a family of top class milers his sire Mayson, who won the G1 July Cup and was second in the G1 Prix de l’Abbaye, should inject a bit of speed into this colt. He has a good record with his juveniles with his son Global Applause mixing it with Blue Point and Harry Angel in 2016 and True Mason finishing placed in the G1 Prix Morny last season. Roger has also enjoyed success with his progeny, training Laugh A Minute to win the £300,000 Weatherbys 2YO Stakes in 2017.

This colt has strengthened up significantly since the sale, showing good muscular development. He is a very athletic individual and also shows a good attitude to his work. Being a May foal we haven't asked him any serious questions yet, but he continues to please us in his canter exercise. 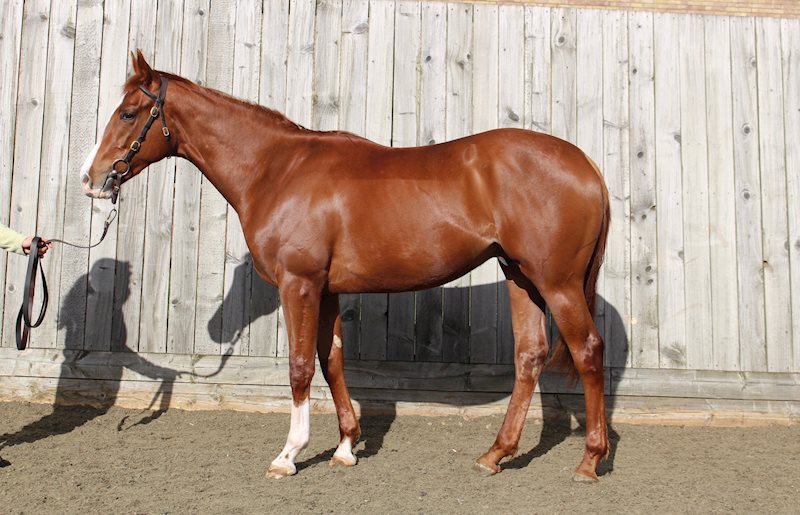